Today I got to try out my OLW in an all day district staff development on Cultural and Linguistic Responsiveness presented by Dr. Hollie.  I admit to feeling tentative and bit weak as I negotiated sitting down at the round table where some teachers from my school were collecting.  Let’s just say I could hear them before I saw them.

I sat and made small talk with teachers who joined us, and my principal sat beside me.  Across the table, as the review of what we did in August for cultural responsiveness began, the core group of teachers began to enact their position.

They had decided back in December that they didn’t like this pd day, disapproved of district money paid to the speaker, and just didn’t see the need for being more culturally or linguistically responsive in their teaching.  They had to be negative and bored.  They had planned it.

What I like is that I didn’t get attached.  I could enjoy the speaker — quite articulate and a great historian — I didn’t need to join them in miffed.  And my slight distraction by their inattention, or negative attention quickly dispersed.

What I notice about discontent, as they rendered it from 8 a.m. faithfully to the 10:30 break and beyond, is how it narrows your focus. When an activity would come up, they had great difficulty following instructions.  It was moderately amusing that they were acting exactly like the students they dislike the most.

So, later, they did get hooked into a writing exercise that Dr. Hollie had sections of the room do.  And they came back from lunch all jolly with inuendo about a book one gave the other on “sausages.”  There was great mirth about the sausage references and photos.  I could smile politely and so did the principal, but really.

I enjoyed over-layering reminders of strategies for great cooperative learning while I listened to Dr. Hollie.  I was doing a bit of planning on my own for how to liven up the groups in the LLI Red System.

I liked the purpose our presenter gave after showing a video of a teacher in their CLR academy — she had it all going.  And her group of black students were validated and learning literature so effectively.  Dr. Hollie said, “If you love your students, teach them like this.”  He equated love with good teaching.

That is key for me, because I don’t want immunity from staff negativity just to feel better — I want more energy for the kind of teaching I feel my students deserve.  What a way to love them.

So day one, I have found that active immunity, swallowed with bubbly gratitude, works better than Airborne or any other ingredient to ward off negativity.

If you want to know more about how I arrived at OLW that post is Dec. 31st. 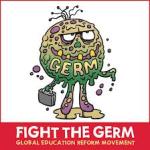 One response to “1st Day Back – and how’s the OLW going?”

This site uses Akismet to reduce spam. Learn how your comment data is processed.